skip to main | skip to sidebar

Today, I found two pennies at the Burger King on Cochran Ave. Yesterday, I found a dime in the parking lot at my book shop. On Monday, I found a penny left on a bench at the tennis courts... must have been a lucky one... I played an extremely mean serve and volley game that day. The picture added is from Smallwood, New York's Mountain Lake where I plan to visit this summer.
Posted by AndyfromSimi at 1:42 PM No comments:

Take a vacation... find some coins.

THE END OF AMERICA HAS BEGUN!

Amazing that's it has been over a year since I last posted to my FMJ blog... personally, for me, everything I wrote in my last post I believe and it is coming true... The reelction of Barack Obama will forever change this country from one where the respect of individual freedom was of the utmost paramount to a country enshrouded in the beliefs of statism and collectivism... where the societal good is what is told to us and we will be forced to belief it "OR ELSE" we will be punished for speaking our minds and speaking out against the machines of MOB governance. WELCOME TO THE BEGINNINGS of THE OBAMA DYSTOPIA! So, with that I continue to prepare for what will eventually come... and in the insuing times I plan to disassociate as much as possible with the government... I will support my local community and anyone who speaks out against the crimes of the OBAMA regime. I will be a voice heard... I will stand against tyranny... I will be in the fight for our liberties and freedoms. But, you are here to see the coin and money finds... so here they are since my last posting... 32 pennies 7 dimes 4 quarters 1 coin from Somolia Total Found in 2012: $2.02 Total finds since last post: $2.02 Total Found Since January 1, 2000: $1,049.16
Posted by AndyfromSimi at 12:08 PM No comments:

Is this the END? 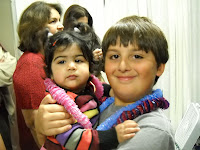 December 17, 2011: I've recently spent a great deal of time comtemplating my future and, of course, the future of our country as it pertains to our economic prospects and our societal cohesion. I'm in the utmost belief that the 2012 Presidential election is the most crucial elction of my generation's lifetime. WE MUST PROTECT OUR FOUNDATIONAL FREEDOMS AND LIBERTY... THE RECENT CONGRESSIONAL DEBATE AND VOTING ON THE NATIONAL DEFENSE AUTHORIZATION ACT (2012) has affirmed a concerted effort by the forces of the elite to steal our liberty and shred our Constitution! In in effort to repell their vile aspirations... I WILL SUPPORT AND VOTE FOR RON PAUL FOR PRESIDENT IN 2012! MAY GOD HELP US AND HELP RON PAUL TO TURN BACK THE TIDE AND SAVE OUR PEOPLE FROM TYRANNY!!! VOTE RON PAUL 2012!!!

AS for coin hunting, I've found $1.88 since my last posting... Sadly, it seems this wretched economy has made everyone a little more mindful of the money they drop and I as a consequence just don't find as much as I used to find scattered about the shopping landscape.
Posted by AndyfromSimi at 1:13 PM No comments: 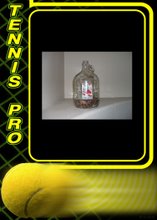 FREE MONEY IS THE BEST MONEY!

History Made Not So Long Ago

AndyfromSimi
Simi Valley, California, United States
I'm an avid reader who is starting a bookstore in 2009 called Oddfellow's Books. I'm also a former professional tennis player. I can be found most mornings hitting tennis balls on the Rancho Simi Courts at Erringer Road & Royal Ave. Interested in playing tennis? Join my tennis buddies and me at the Rancho Simi Park Courts, we're always welcoming to tennis nuts like ourselves.